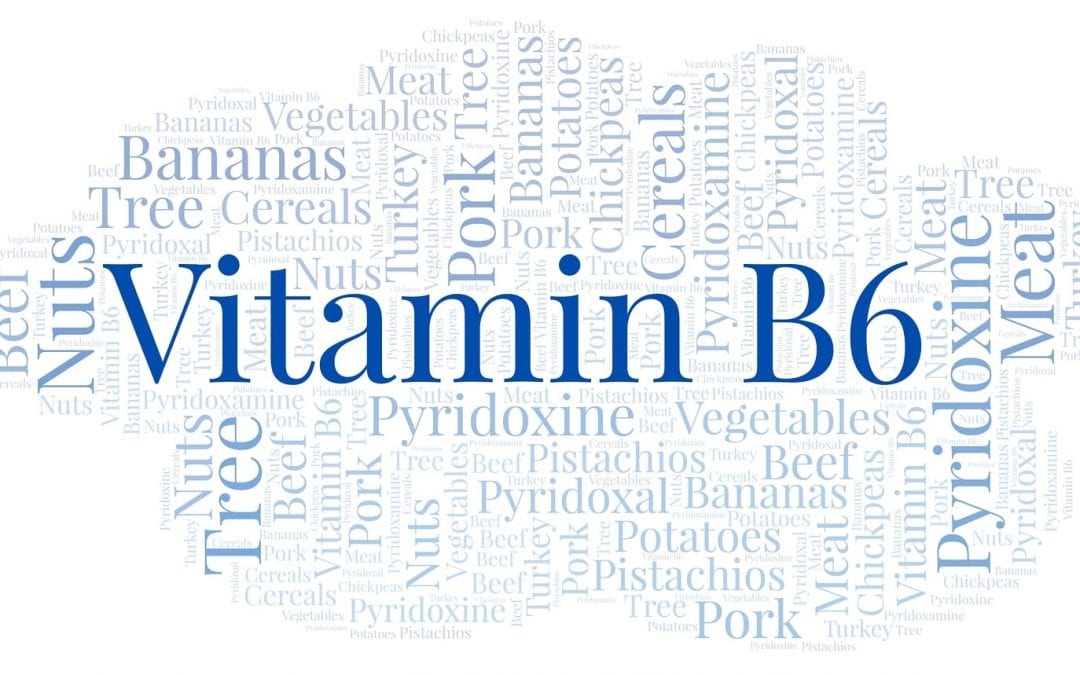 B vitamins have a powerful impact on the body, contributing to a broad range of processes that help us function every day. The eight B vitamins aid in converting food into fuel to support the metabolism. They’re also vital to blood cell development, brain and liver function, eyesight, and maintaining vibrant skin and nails. Yet, of the eight B vitamins, there’s one standout contender which has an especially important job: vitamin B6.

The Power of Vitamin B6

Also known as pyridoxine, vitamin B6 is essential for nervous system health and brain development. It is used in the production of hemoglobin, the critical protein which helps transport oxygen throughout the body via blood. It also supports a healthy immune system.

While B6 is critical for brain development in children, it’s also needed to support brain health at every age. The vitamin supports the production of key hormones, including serotonin. This neurotransmitter contributes to feelings of happiness and wellbeing, but its complex biological function extends far beyond mood regulation. In fact, serotonin also modulates cognition, memory, and various physiological processes.

Vitamin B6 also helps the body produce melatonin, the hormone that corresponds with daylight and helps us maintain healthy sleep patterns. Melatonin production declines naturally with age, and emerging research is exploring the connection between the hormone and reduced cognitive function in people with dementia.

To that end, researchers are also studying the impact of B vitamins on aging brains. Some studies suggest a combination of B6, B12, and folate could minimize age-related memory loss and cognitive decline, while also reducing the risk of Alzheimer’s.

How Much B6 Do You Need?

Recommended daily values for B6 change with age and you should always consult with your physician before adding any supplements to your daily regimen. While children need relatively little (just 0.5 mg for children aged 1 to 3, for example), men and women aged 19 to 50 should aim for 1.3 mg per day. For men aged 51 and over, 1.7 mg is recommended, while women of the same ages should stick to 1.5 mg. With that said, vitamin B6 is water soluble, meaning that any excess amount you take in that the body cannot use will exit as waste. Thus, unlike fat-soluble vitamins which are absorbed by the body when taken in excess, B6 and other water-soluble vitamins pose very little threat of toxicity.

What Are Some Good Sources of B6?

Some people with chronic diseases, including Crohn’s disease, celiac disease, and ulcerative colitis could be at risk of vitamin deficiencies and should speak with their healthcare providers about alternate means of ensuring ample nutrition. Most other people who eat a healthy, varied diet with plenty of whole foods are likely to take in adequate amounts of B6.

Yet, it’s not always easy to maintain optimal eating habits with every meal, which is why it may be a good idea to pay close attention to your B6 intake. Meat, poultry, and fish are rich in B6, so people following plant-based diets could be more likely to get lower amounts of B6. Chickpeas, nuts, beans, bananas, and potatoes also contain the vitamin, however.

If you’re concerned about your vitamin B6 intake, you might consider discussing supplements with your doctor. B6 is available in both multivitamins and as a standalone supplement. Taking a daily vitamin can help fill in any nutritional gaps in your diet, and as further research is conducted, it may also be confirmed that increasing the intake of this powerful vitamin could benefit populations with cognitive or health concerns.

Do you have questions?

We have answers. Speak with a Stemedix Care Coordinator today with no obligation. Give us a call!

With Stemedix, you have options in your journey to wellness. Find out what potential options you have with stem cell therapy.

This website and its contents are not intended to treat, cure, diagnose, or prevent any disease. Stemedix, Inc. shall not be held liable for the medical claims made by patient testimonials or videos. They are not to be viewed as a guarantee for each individual. The efficacy for some products presented have not been confirmed by the Food and Drug Administration (FDA).

Any cookies that may not be particularly necessary for the website to function and is used specifically to collect user personal data via analytics, ads, other embedded contents are termed as non-necessary cookies. It is mandatory to procure user consent prior to running these cookies on your website.

You have Successfully Subscribed!

We respect your privacy and your email will never be used for spam or provided to third parties.